As a web developer, I’ve seen hundreds of trends come and go

Among the most interesting and user-friendly trends are those that improve the way users discern and interact with content on a site.

Three of the trends I’m most excited about are changing the way we view data, understand algorithms, and interact with alternate realities, enabling greater transparency and accessibility:

Data visualization can be an extremely effective tool for conveying information in an engaging way. As we speak, modern web technologies are reshaping the rules of data visualization to be effective and eye-catching. They replace more traditional tools and approaches such as crowded bar charts, chaotic tables, and bar charts.

New animated charts can show spreads and ratios and their evolution, while interactive computing allows viewers to easily navigate the data. Maps and photo albums can also be created to show bird’s eye views or modified to be responsive to motion or other digital effects. Moreover, data visualization can also intersect with art to create awesome experiences.

The GitHub homepage, which features a beautiful 3D globe that showcases its members’ open source contributions and their geographic locations throughout the day, offers a great example of how animated visualizations can tell a company’s story. While projects like “If the Moon was only 1 pixel away” combine art and science, and allow individuals to conceptualize facts. For example, if someone told you that the distance between the earth and the sun is approximately 91.8 million miles, you would probably ignore it. When seen on the scale of an artistic project, this fact strikes very differently.

In recent years, there has also been a growing trend for websites and services to release their data to their users. Companies have discovered that consumers are generally ok with sharing their personal usage data as long as that data is returned to them in a beneficial way.

Everyone likes to know how their preferences compare to those of others – think Netflix’s Global Top 10. Or to get insight into your own tastes, like Spotify’s custom reports.

Rather than keeping data behind locked doors, companies should present it through custom reports and interactive charts. When done right, these visuals can even influence people’s perceptions and decisions for the better, much like how Apple’s Screen Time reports help people become more aware of their habits.

That said, I think we’ll continue to see companies creatively showcasing how their users interact with their products and sites over the next few years.

Personalized recommender systems control the majority of the content we consume and play an important role in shaping online culture. Whether it’s suggesting the next video to watch or the route to take to drive or the dating profiles we see, algorithms influence almost every decision we make.

In many cases, users are unaware of their function. Netflix, for example, serves different artwork depending on who is using the service, without the knowledge of the end user. It is no coincidence that the size of the recommendation engine market is expected to reach $12.03 billion by 2025 from $1.14 billion in 2018.

In theory, the value proposition is beneficial to both parties. A well-functioning recommendation system delivers relevant content to the consumer and increases engagement metrics for the vendor. An exceptional recommender system can make users feel like the algorithm understands their tastes better than their closest friends or even themselves!

However, in practice, Studies show that recommendations do more than just reflect consumer preferences, they actually shape them. As we shift from an active discovery model to a passive consumption model, optimized for engagement and rapid emotional responses, our worldviews can be distorted in unexpected ways.

Recommender systems compete for attention and learn from it. Thus, if a user reacts to negative emotions, they may find themselves locked in an endless feedback loop of catastrophic and dark contentwhich has the potential to erode their view of the world and the future.

Worse still, it happens gradually, without you even realizing it. We are confronted with what the French political philosopher Michel Foucault described and feared: the immanence of an opaque power.

YouTube has already started providing users with details about their suggested uploads in the form of a small pop-up asking:

When clicked, the pop-up provides insight into why that particular ad was shown to the user, such as geographic location, age, and approximate interests. Other companies, like Google and Instagram, have also added the ability to opt out of targeted ads.

Going forward, pressure from consumers and the federal government will cause content providers to disclose more details behind their suggestions. “Why am I seeing this?” popups will become de rigueur on the platforms you use the most.

But why stop at advertisements? It would be beneficial to see similar initiatives and transparency for all aspects of algorithmic recommendations. Why is a particular video/product/post suggested? Is it because users with common interests interacted with it? Algorithmically recommended posts should be differentiated from posts the user has chosen to subscribe to and follow.

Finally, users must be able to actively personalize and control their recommendations. Users should be able to review and edit the tags, cohorts, categories, and interests the algorithm has assigned to them, and even temporarily disable recommendations. This level of transparency and control would give users the ability to reset their feeds and pages, removing the risk of catastrophic content spirals or siled information bubbles.

There are ongoing initiatives to quantify and understand the effects of such systems, and we can only expect to see more of them in 2022 and beyond. Accurate and ethical recommender systems can have a huge positive impact on both an individual and societal level.

Finally, augmented reality and virtual reality are some of the most exciting new technologies today, as they change the fundamentals of human-computer interaction, blurring the lines between real and digital interactions.

The use cases are immense and can adapt to almost any industry or need. For example, imagine learning to play a musical instrument by seeing visual cues to help you press the correct keys, or sculpting art without the need for tools or materials. Individuals could perform inspections of buildings or even furniture without ever leaving their living room.

The precise digitization of real-world objects (360, photogrammetry, light fields) will allow augmented reality and virtual reality to blur the lines between real and digital interactions, and these technologies will filter into many aspects of our lives.

Virtual worlds can also help us see the world through different perspectives, helping us empathize with ideas and situations that seem foreign to us. VRE Therapy (Virtual Reality Exposure) is being tested as a potential substitute for traditional exposure therapy for PTSD and anxiety.

It won’t happen in a single year, but huge changes are upon us. As the underlying technology and hardware that powers these experiences continues to evolve, the accessibility of this technology will skyrocket, allowing the segment to grow exponentially. 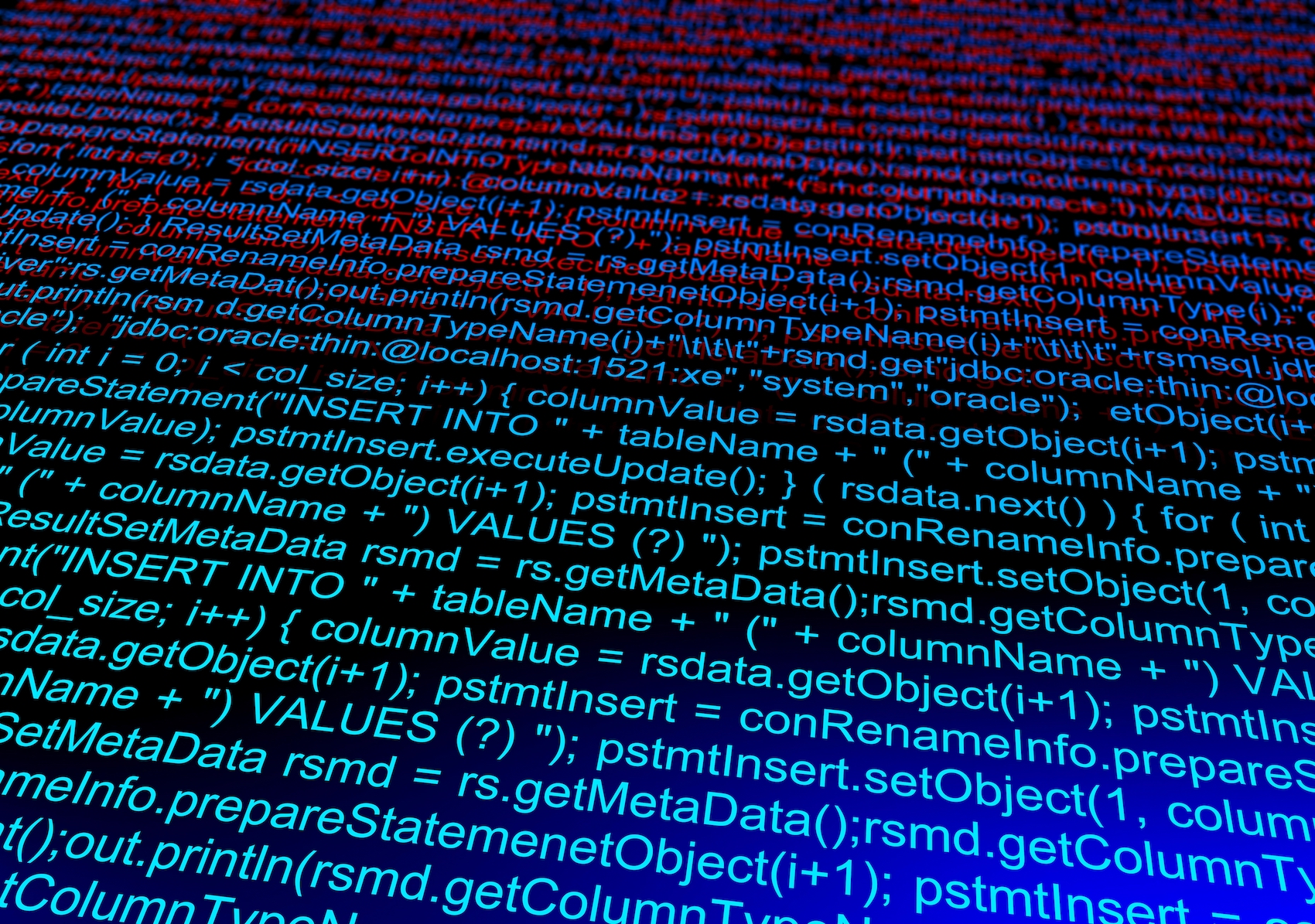 Get Lifetime Web Hosting for Under $50

DoRoyal’s Eternal Kingdom is a premier web hosting platform that allows you to easily manage your website at low cost. Image: Stack Trade Today, more business than ever is done online. Regardless of your industry, a website can help you reach and interact with your customers. But websites require a lot of work and maintenance […]

WESTWOOD, Mass.–(BUSINESS WIRE)–MEDITECH today announced that it will work with HCA Healthcare, one of the nation’s leading healthcare service providers, to implement MEDITECH Expanse at its New Hampshire hospital sites as part of the transformation digital health system. Implementation is underway with a Go LIVE planned for next year. All three sites – Frisbie Memorial […]

EXCLUSIVE: After a stellar year that included starring roles on HBO shows The White Lotus and Euphoria, Sydney Sweeney is now ready to step into Sony’s universe of Marvel characters. Sources tell Deadline she joined Dakota Johnson in Sony Pictures Ms Web. SJ Clarkson is on board to direct the picture. Matt Sazama and Burk […]