Adobe plans to release a “freemium” web-based version of its popular Photoshop graphics editing tool that will provide users with the tools needed to perform Photoshop’s “core functions”, according to a US report.

“The company is currently testing the free version in Canada, where users can access Photoshop on the web through a free Adobe account,” according to a report from US tech site The Verge.

“Adobe describes the service as “freemium” and eventually plans to disable certain features that will be exclusive to paid subscribers. Enough tools will be available for free to perform what Adobe considers to be core Photoshop functions.

Maria Yap, Vice President of Digital Imaging at Adobe, said, “We want to make [Photoshop] more accessible and easier for more people to try and experience the product. »

According to the report, “Adobe’s goal is to use the web version of Photoshop to make the application more accessible and potentially attract users who will want to pay for the full version later. The company has taken a similar route with a number of its mobile apps, including Fresco and Express.The web version of Photoshop is a particularly important offering as it opens up one of the company’s most powerful tools to Chromebooks, which are widely used in schools . 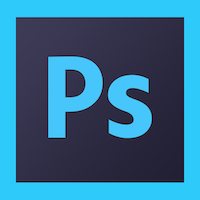 Adobe did not provide a timeline on when the freemium version would launch more widely. Meanwhile, “the company continues to update Photoshop for the web with more tools, including sharpen edges, curves, dodge and burn tools, and the ability to convert smart objects,” says The report.

The free version is an update to a web version of Photoshop launched last year for PCs and some Chromebooks, which offered a limited set of features.

New research shows that businesses today are far more likely to experience malware downloads from cloud apps than any other source. Netskope researchers recently analyzed data collected from customer networks and found that more than two-thirds of malware downloaded onto corporate networks between January 1, 2020 and November 30, 2021 came from cloud applications. The […]

First look at the mysterious character of Adam Scott

New images have surfaced from the filming of the Madame Web movie, and they may tease the fact that Adam Scott could play a top superhero. New set photos from Madame Web offer the first look at the mysterious character of Adam Scott. After the success of the various Spider Man movies, Sony is looking […]